The sideshift solution of TRN snow plow enables to cut the ridges of the snow piles in the winter time. Watch video.

Rotary broom with the sideways shifting system is suitable for cleaning the highways and the city streets. Watch the video. 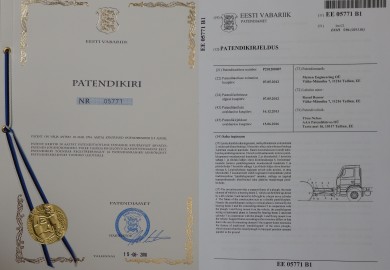 Watch how the support frame (the parallelogram) of a plough works:

We will send only good news